Vets Helping Vets! Introducing The Mother Of All Rucks Foundation 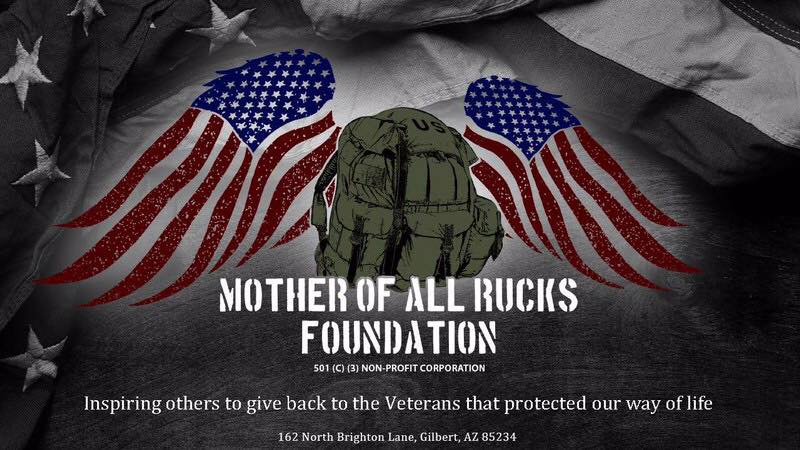 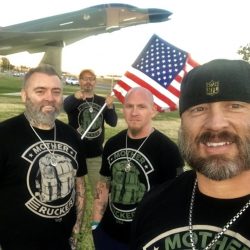 Who is the Mother Of All Rucks Foundation?

Four disabled veterans, JR Conkright “Goat”, Ralph Cook “No-Show”, Victor Vincelette “Uncle Victor”, and Paul O’Keefe “Anvil” formed the Mother of All Rucks Foundation (M.O.A.R.) in November 2017.  The four founding vets are average Joes, none of them were Navy SEALS, or Tier 1 operators, but they all served proudly, the same as most other military members doing the not so sexy jobs. The team started M.O.A.R. because they want to help the majority of the military force, not just the best of the best. (Anvil O’Keefe- “We want to help everyone from the Rangers to the wrench turners”). They are all 100% driven, and their mission is too important to fail.

The foundation is a Veteran Run 501(c)(3) (nonprofit), and they are proud to announce the first annual Coast to Coast Mother of All Rucks road march from San Diego, CA to Washington D.C.  The goal for the M.O.A.R. Foundation is to raise awareness for veterans suicide, disabled veterans, and give financial assistance back to those who have served in the military and sacrificed for the American way of life.

For years after Anvil’s time in the service, he struggled with life in general, and was unmotivated, and depressed. He destroyed relationships, pushed his family away, and lived like a hermit. The idea of M.O.A.R. came to him, and he connected with the other three veterans who were of a like mind.  They want to attract as much attention as possible to the cause, and Ruck Marching the entire country seemed like a good way to do it! Nobody should ever feel as low as Anvil did, and that’s why this goal is so important, we are going to change lives. We will see the country, a ton of Americans, and get a lot of publicity, that’s the key!

Since the startup in November of 2017, they have already have accomplished a lot.  The team has built a vast network of sponsors, donors, and partners, they’ve done TV and radio interviews, and have more lined up. They are in talks with agents about the possibly doing a TV show or documentary. They are building a custom motorcycle for our cause, and have a second in the works. All the money from the bikes will be put directly into the foundations non-profit. They are accomplishing their goals through the vast network of people who truly care about our nation’s heroes, active military, veterans, and civilians alike! With a never out of the fight attitude, and a mission too big to fail, people are taking note and supporting the foundation.

Right now M.O.A.R is putting the last logistical requirements together to leave on March 10, 2018. The team is training and getting their legs and feet accustomed to the work load. The M.O.A.R team is made up of four male veterans, and one civilian female, but they don’t discriminate who wants to support them on their venture. They are lining up the veterans that the foundation wants to help.  They also have many organizations that have pledged their help to the foundation.  Not everyone was born to serve, or wants to, but that doesn’t mean they don’t support the men and women in uniform!

How can you help?

Anvil O’Keefe- “People can get involved, and help, by first and foremost donating to our cause. We are also having community events all over the country as we ruck march. The events will be updated regularly on social media (Click Here to follow us on Facebook), and our Website.   We have raised thousands and thousands so far, and it doesn’t look to be slowing down. Our goal is $250,000 in total donations for the 1st annual “Mother of all Rucks” ruck-march. Every dollar we receive goes directly to helping wounded veterans, no money is used for salary purposes”.

Rise Above has partnered with the M.O.A.R to help give back to our amazing community of vets. We will be remodeling a bathroom, along with some other light projects for a local vet chosen by the foundation.